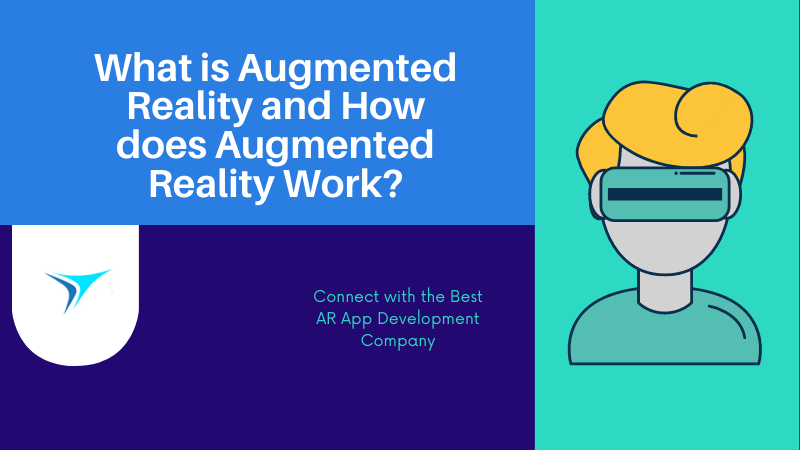 Be it marketing a product or promoting an entire business space, every day, we have been coming across innovative and better ways! Likewise, if talk about one such technology that holds immense potential in revolutionizing the way marketing works for a business, then, it’s none other than the “Augmented Reality”. However, there are many who still remains unclear about, What is Augmented Reality and often confuse it with a very similar term called “Virtual Reality”! This context talks about Augmented Reality and explains how does Augmented Reality Works!

What is Augmented Reality?

Augmented Reality is derived from a word called “Augment”, which means “to add”. Thus, augmented reality is all about adding digital information to a real-world object, such that the user finds the object more informative, interactive, and enhanced. Here, a very interesting example is the very popular augmented reality game, Pokemon Go. This game not only attracted millions of game lovers because of its correlation with the imagined characters called “Pokemon” but also, due to the unique gaming experience that is offered to the players. Further, if you have been wondering, how augmented reality is created, then the next section explains it well!

How does Augmented Reality Works?

Defining the Semantics and Geometry

Amidst, understanding the external world, the computer vision camera collects information related to “What” and “Where”. Hereby, “What” explains collecting the information like what is the object that the user has been viewing, and “Where” explains the geometric position of the object by taking a snap of the object from multiple angles and at multiple time frames.

It then follows up with the process called rendering, whereby, the computer vision collects data from the camera feed, which accounts for the information related to what the user has been looking at, and accordingly it suggests the digital content. Let’s understand this with an example, consider a situation where you have been planning to buy a chair for your room. Now, when you direct the camera towards the place, whereby, you have been planning to place it, the camera would collect details like the room’s aesthetic appearance, colour theme, and available space.

This is the final stage, which follows up once the digital content is confirmed. Upon confirmation, the chosen or pre-programmed digital content will be displayed in such a way that it appears to be a part of the real-world. Hereby, we can understand this scenario with the example that we just discussed in the previous section. Thus, when the camera has collected details like the room’s configuration, colour theme, available space, and other such information, then the AR-based application would suggest the best suitable chair for your room and would further show, how the room would appear once the chair has been placed. Amidst this, there are many who remain quite interested to know how does augmented reality glasses work? Well, an AR Glass processes results derived from two sources, one being the physical object that one sees and another one is the computer-generated image of the object. Thus, when one sees through an AR Glass, they see the enhanced form of the physical object. This can be further understood with a simple example, suppose you have been planning to buy a motorcycle and got stuck with colour combination and add-ons. Hereby, an AR Glass can display you a wide range of combinations against the same motorcycle and thereby help you make a better decision. Other than AR Glass, this facility is nowadays available with AR-based applications, which collects required information about the physical object via the device’s camera and displays the enhanced version of the object over the app interface itself.

What are the common augmented reality applications?

Today, Augmented Reality has been transforming all the major sectors and areas. To name a few, AR has been transforming the banking services, advertising and marketing, retail industry, hospitality, gaming, healthcare, education, research areas and beyond. Now if you have been wondering, how the AR market would evolve in the near future, then, slowly and steadily, businesses across different domains have been realizing the potential of augmented reality and they have been deploying it across their business space. Thus, in the next few years, we’ll be finding more augmented reality applications across the globe.

From defining the semantics and geometry of the physical object to displaying the digital content, there can be multiple stages that are involved in the working of Augmented Reality. However, if we categorise it, then there are three stages, which accounts for defining the semantics and geometry, understanding the external world and displaying the digital content. Hereby, it’s important to understand that all these three stages are very important and holds great significance individually. Furthermore, Augmented Reality is not confined to a single application area, rather it is having a great set of applications, which further signifies the immense potential of Augmented Reality. Those days are no far when we would enter into such a space where we will be surrounded by enhanced physical objects that would speak for its own qualities and features. It would then allow us to establish better relationships with the surroundings, understand it in a better way and get a better view of the information that we have been looking for! In this segment, there are some of the best Augmented Reality Companies in India, who have been upbringing great AR-based applications and assisting businesses across different domains deploy augmented reality across their operations and gain a great set of benefits. To name a few, Clover IT Services emerge as a great suggestion, which has been working in this domain since 2009, can help businesses across all the domains with their AR app development services.